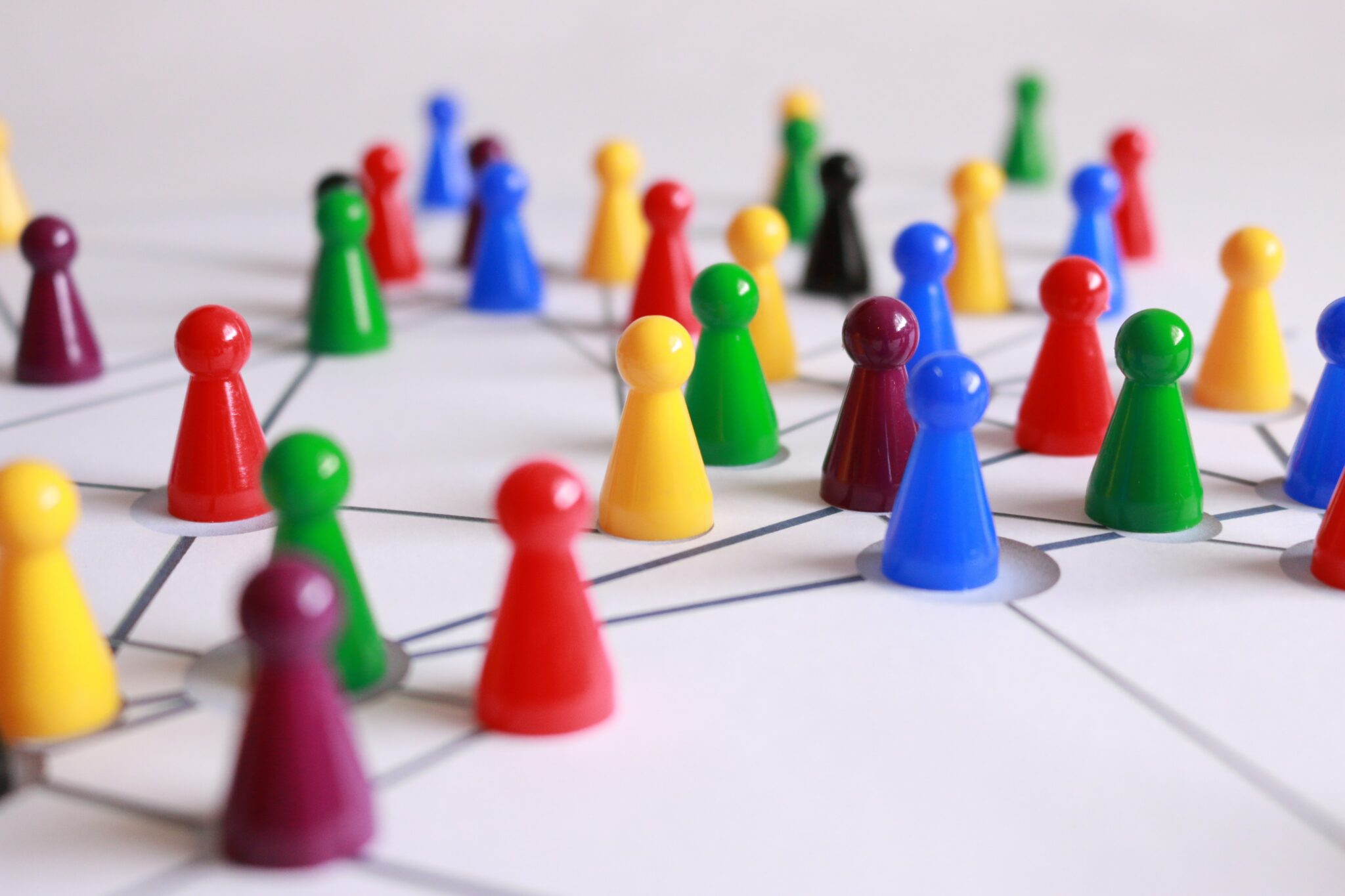 The following exercise is a board game that aims at making visible challenges and difficulties of everyday life – academic-related and otherwise – connected to Neoliberal Compliance, Eurocentrism, and Migra*BPoC Resistance, as well as enforcing strategies of mutual cooperation and support.

The activity’s methodology is inspired by Paulo Freire’s ideas on exercises of codification and de-codification, which entails a three phase activity. 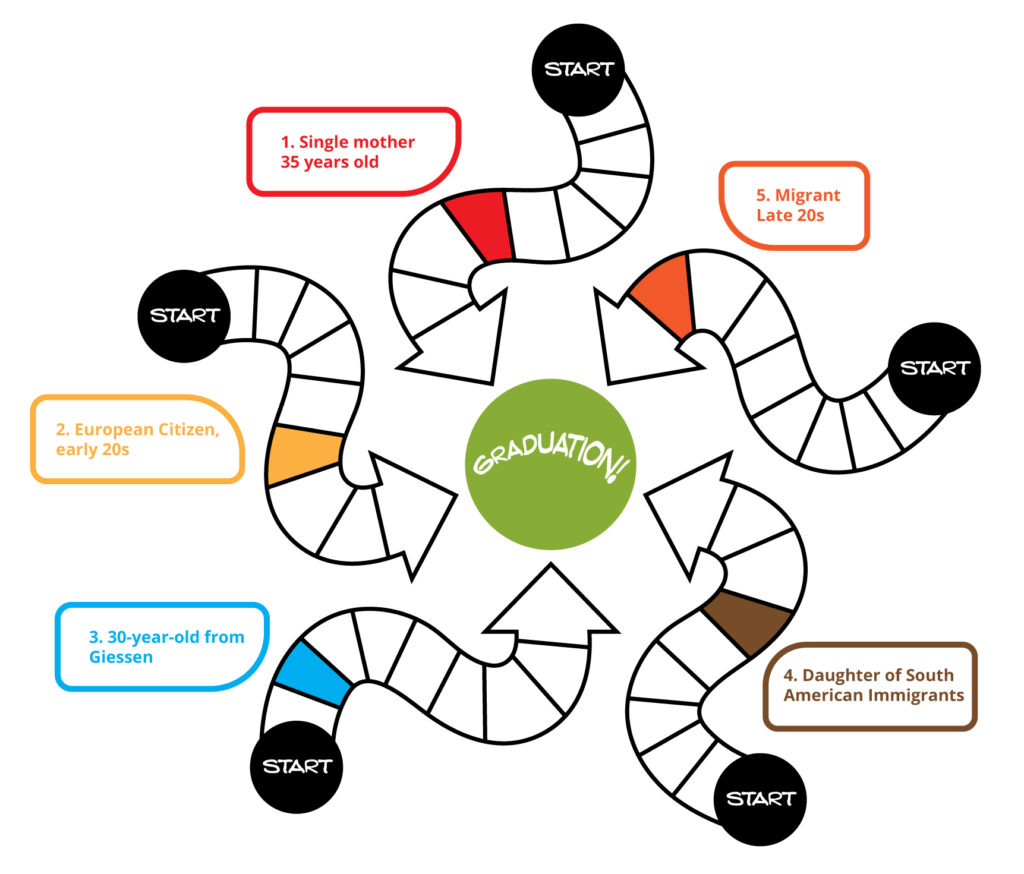 The Academic Carousel is a board game that accompanies 5 players on their way to graduation at the university. The students know each other since they are all attending the same semester of the same degree program. The aim is to reveal the challenges of everyday university life arising for Migra*BPoC students.

The exercise will take about 60 to 90 minutes and ends when all players reach the center of the game, which is ultimately the aim of the game. Further the game ends if the players run out of Event Cards or time.

The exercise consists of 4 phases:

Every draw of an Event Card is a participative moment, where the players must debate together whether they can go forward or not, and point out the reasons. Each Event Card provides questions to help reflect on the decisions. This is also a moment to find solutions and help each other to walk ahead; as the target of the exercise is that everybody reaches the last point. The picking of Event Cards continues until all players reach the center of the board or until they run out of Event Cards.
Eventually, the exercise can end with no one reaching the center, and/ or they can go further and leave someone behind in one round, if they cannot identify options for mutual support to a specific Event Card.

In this phase, the participants can exchange their experiences, feelings, and thoughts they had during the game and analyze and reflect on them. The empowering concept of the game is located in understanding reality as a socio-historically constructed, and as such can be changed. As every person is a constituent part of society, even under oppressive bureaucratic systems people can rebel against it and make changes. Therefore, one source of power is to understand that life is changeable. That means to perceive that a discriminated person, who usually feels small in relation to Eurocentric norms and neoliberal challenges, can be able to resist these adversities building bridges, as the barriers are not as organic and unavoidable as they seem to be.

Altogether, the exercise contributes to the following reflections:

The exercise aims to create awareness on structural and institutional discrimination, unequal distribution of opportunities in society and opportunities for participation. The participants should identify and reflect circumstances in which Migra*BPoC students accept or comply with norms that hinder their full academic life experience to either avoid further problems or to focus on difficulties perceived as more urgent.

It unveils personal daily and/ or institutionally organized acts when Migra*BPoC students gather energy to cope with their challenges and resist.
Sensitisation and reflection of the prevailing and one’s own stereotypes about different groups as well as of one’s own intersectional privileges and the reasons they are connected to (e.g. group membership, and being perceived to belong to a certain group) and what consequences this has for everyday life and studies is another objective.

Derived materials from the activity

If the participants agree, a transcript and a short analysis of the discussion could also be uploaded, showing which topics came up in the discussion, which different opinions were held, but also what was not discussed or only touched upon.