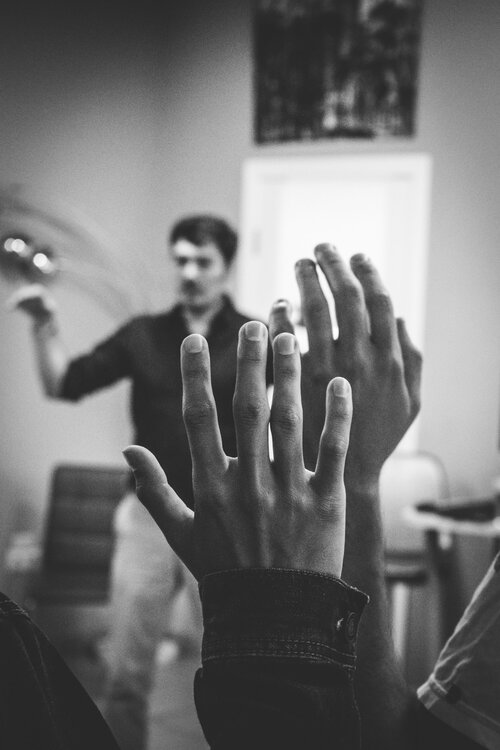 In the presentation “Ontologías superpuestas: autonomía del asilo y redes de solidaridad con las personas migrantes después de la ‘crisis de los refugiados’” (“Overlapping ontologies: autonomy of asylum and solidarity networks with migrants after the ‘refugee crisis'”), Álvaro referred to the ontological configuration of ‘crisis’ as a semiotic and material infrastructure that has allowed for new forms of material involvement and political organization to defend refugees’ rights. Thus, from the perspective of the autonomy of migration, he gave an account of the capacity of migrants to shape the control regimes to which they are subjected through their transgression and, at the same time, of their capacity to disrupt and extend the narrow State categories of migrant/refugee. For her paper, Catalina presented the paper “Resistir desde la precariedad: memorias de las luchas migrantes en Barcelona” (“Resisting from Precarity: Memories of Migrant Struggles in Barcelona”), where she referred to the construction of memory on practices of solidarity among migrants as a fundamental element of these struggles. These memories have the potential to give meaning and agency to those who are positioned on the margins. Similarly, they create alternative communities of care for collectives that have been excluded from the welfare systems on the basis of their national origin, gender, and race.

Both presentations will be available through the Congress site at http://2020.aibr.org/es/

Presentation of the BRIDGES Project at “Decolonising the Curriculum Seminar Series”, in the University of Brighton