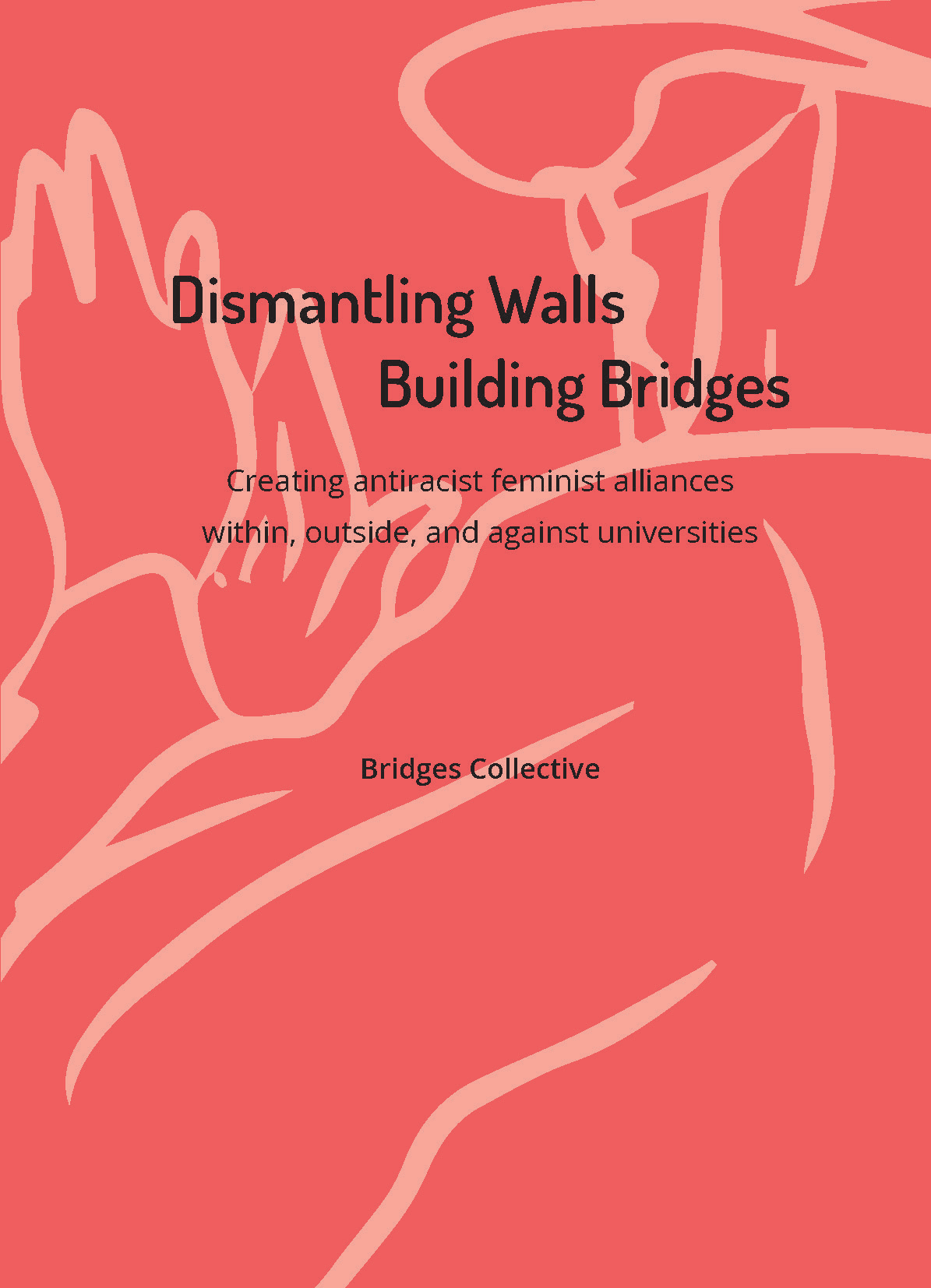 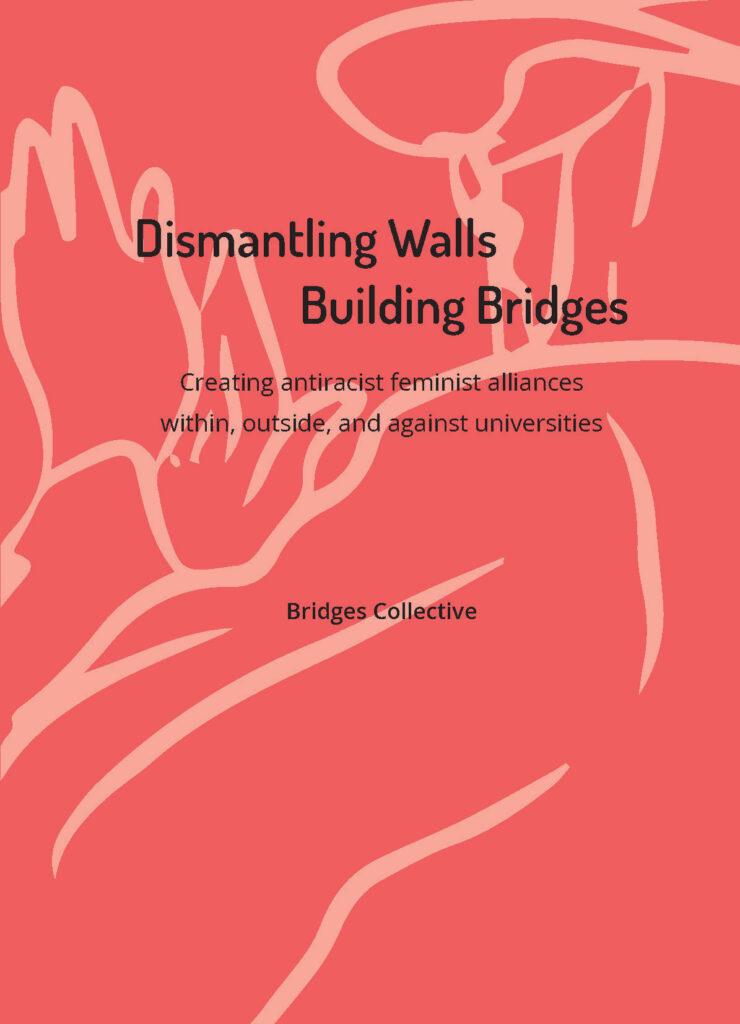 This book is an invitation. It is a node within a larger entanglement of collectivities that struggle for social change in universities. We want to challenge the binary inside/outside that the university itself sets up in order to claim a monopoly on “science,” “knowledge,” “truth,” and “research.” We would like to invite alliances with all those who seek to embody antiracist feminist, queer anticapitalist perspectives in these embattled times, to turn theories into praxis, pedagogies into critical encounters, within, outside, and against the university.

The BRIDGES collective brings together civil society organisations— some of which are dedicated to research, whilst others focus on organising—all of which advocate for the rights of migrants, refugees, Black, Indigenous and People of Colour (BIPOC). Some of us teach and research in Higher Education Institutions (HEI), which we try to transform—at the Autonomous University of Barcelona (UAB), Justus Liebig University (JLU), and the University of Brighton (UoB)— whilst others, namely the Feminist Autonomous Centre for research (FAC), seeks to create change by collectively exiting the frame of the neoliberal university. Some of us have formed unions, such as Sindillar/Sindihogar, a household and care workers union made up of mostly migrant women in Barcelona. Others provide support to migrants and BIPOC communities —like An.ge.kommen, a registered association that supports migrants at their arrival in Giessen; and Za’atar, an NGO that provides support to migrants and asylum seekers in Athens in the form of psychosocial and legal services, focussing on women and the LBTQI+ community. Finally, others are designers, like the Office of Displaced Designers (ODD), based in Greece and the UK, a collaborative platform of designers who have been displaced.

Next public presentation of the BRIDGES Course: Brighton, Early November 2021

Multiplier Event in Athens: “ABOLISHING BORDERS IN THE UNIVERSITY: A DISCUSSION WITH MEMBERS OF THE BRIDGES COLLECTIVE”. 16th June 2022